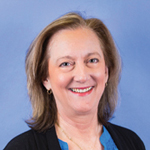 Served as law clerk to Justice Thurgood Marshall of the Supreme Court of the United States and Chief Judge Collins J. Seitz of the U.S. Court of Appeals for the Third Circuit

Virginia’s appellate and trial practice focuses on complex business cases in federal and state courts, including claims of trade secret and other intellectual property misappropriation, patent infringement, breach of non-compete and nondisclosure agreements, breach of fiduciary duty, violation of federal banking statues and regulations, and breach of commercial and construction contracts. She brings substantial mediation experience to her practice, both representing clients and acting as a mediator to assist parties in resolving disputes. She serves as a mediator for the United States Court of Appeals for the D.C. Circuit.

Virginia brings to her practice substantial expertise on issues of federal preemption, constitutional law, and appellate and U.S. Supreme Court practice, as well as a keen understanding of alternative dispute resolution techniques, having taught in these fields for several years at George Washington University Law School. She served as law clerk to Justice Thurgood Marshall of the Supreme Court of the United States and Chief Judge Collins J. Seitz of the U.S. Court of Appeals for the Third Circuit, and as a mediator for the U.S. Court of Appeals for the D.C. Circuit. She represents clients in a variety of industries, including software technology, telecom, pharmaceuticals, manufacturing, consumer finance, and higher education. Virginia achieves success for her clients by providing a unique combination of strategic legal advice and practical solutions to companies facing a variety of complex business disputes.

Virginia is very active on issues of diversity in the legal profession, having served for ten years as Vice-Chair of Womble Carlyle’s Diversity Committee and chaired the Public Education Committee for the 2008 Just the Beginning Foundation Conference. She was recognized by the Chambers USA America’s Leading Lawyers for Business 2013 and was one of 35 attorneys named among the “Greater Washington Legal Elite” by Washington SmartCEO magazine. Additionally, she served as a member of the Constitutional and Administrative Law Advisory Committee of the National Chamber Litigation Center, providing support to companies in landmark cases in the U.S. Supreme Court and federal and state courts nationwide.

IT Support by SADOS