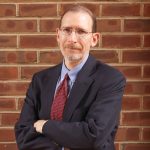 Robert M. Marino has thirty-two years of experience representing clients in all aspects of insolvency-related matters, from the simple Chapter 7 bankruptcy case to the complex Chapter 11 reorganization or liquidation. His experience encompasses matters outside of bankruptcy as well, handling financial workouts and a variety of general creditors’ rights issues. Attorney Marino joined Redmon, Peyton & Braswell, LLP as a partner in May 2007.

Mr. Marino has had significant litigation experience in cases commenced under the Bankruptcy Code, including the prosecution and/or defense of: preference and fraudulent conveyance actions brought under federal and/or applicable state law; motions seeking relief from the automatic stay imposed under section 362 of the Bankruptcy Code; actions to determine the validity, priority and extent of liens; actions to determine the value of secured claims; proceedings to convert or dismiss cases commenced under the Bankruptcy Code; proceedings seeking the appointment of a trustee or examiner in a case under Chapter 11 of the Bankruptcy Code; and a wide variety of proceedings dealing with plan confirmation issues in Chapter 11. He has also had appellate experience in the United States Courts of Appeals for the Fourth Circuit and the District of Columbia.

Robert M. Marino has an AV® Preeminent™ rating in the District of Columbia and Virginia from Martindale-Hubbell, the highest rating possible.